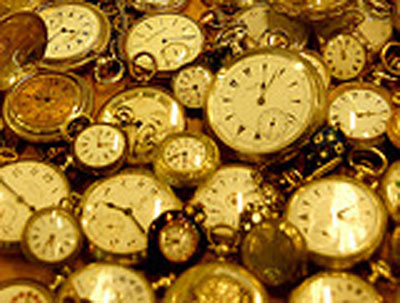 One of my most difficult areas is overeating between meals.
I've never...(yet)... been successful at having only Three meals a day.  Despite many, repeated efforts at sticking to a 3 meal a day plan or even sticking to a 6 mini-meal a day plan, I have not been able to break my "grazing" habits.  My lifetime habit of eating all-day-long started for me in childhood, and although it has been a hindrance to my weight-loss and maintenance efforts, it sometimes seems impossible to overcome.

Eating between-meals was the subject of recent posts on a forum which I often visit.
A new Forum Member commented:

"i think also the fact that in the USA it is encouraged to snack all day, eat all kinds of things like desserts just randomly because 'someone brought it' etc, is just so acceptable here.  Crazy how that works. Anyway, would love to know others' thoughts on this."

"Last night I was reading “Outside the Box: Why Our Children Need REAL FOOD, Not Food Products” by Jeannie Marshall. She is a Canadian living in Rome. She wrote some about food culture:

A food culture has something to do with recipes and something to do with the ingredients, but there are also rules. A food culture organizes your eating instead of allowing you to graze, nibble and snack all day long. Yes, spaghetti al ragù might be part of the culture, but you don't eat it at any time, and you don't get a plastic container and then eat it on the bus on the way home from work. By the traditional rules of this food culture, you eat at a table at the appropriate time of day with other people. (Italians feel sad when they see someone eating alone.) The food culture sets rules for consumption that puts limits on our tendency to overindulge. When I first came to Italy, snack foods were still fairly limited. We didn't see the racks of packaged snack foods that have since appeared in the coffee bars and tabacchi. If you went into a shop that sold slices of pizza at around four or five o'clock in the afternoon, the person behind the counter would offer to cut you a very small piece, about six to eight bites in size, and you'd have to coax and persuade him with stories about the meagerness of your earlier lunch before he'd give you anything bigger.

Generally a food culture sets prescribed mealtimes. Yet you don't feel deprived because you're really not thinking about food all the time -- which might seem counterintuitive since you're surrounded by all this great food. but if you don't constantly see advertisements reminding you to eat, and if you don't see people eating all the time, if it's not acceptable in the culture to walk around eating and drinking, you don't do it. For instance, a good friend of mine, Brenda, came to visit us from New York shortly after we moved to Rome, and she really wanted to try a creamy pastry that she saw in a pasticceria. The man who sold it to her wrapped it beautifully in paper and ribbon. Brenda took it outside, unwrapped it on the street and started to eat it as we strolled around Trastevere. Within two bites she became extremely self-conscious, aware of the disapproving glances directed toward her, and she realized that eating a wonderful creamy pastry on the street wasn't really done. It's not culturally acceptable. It's not that Italians disapprove of pastry, but there is a time and a place for it, and that is after dinner. This might be why American adults associate chocolate cake with guilt while the French associate it with celebration.

A food culture is also about community. In Italy there are special food festivals -- le sagre -- that run from fall through spring to celebrate single foods. In the late fall there are olive festivals to celebrate the olive harvest and in spring you can find celebrations of the artichoke.

Those are the elements of a food culture,as far as I've observed. But there's more below the surface. Just as the slow-cooked mingling of freshly chopped tomatoes; green, fruity, fresh olive oil; and sea salt produces a flavourful sauce that defies those simple ingredients, so too do the health benefits of a food culture go far beyond the nutrients in the food. "History" and "tradition" are other words for the accumulation of hundreds, sometimes thousands of years of food and health knowledge contained in a food culture. But this knowledge is not always (or even often) consciously understood, and it's not the main point; rather, it's the flavour, the aroma, the pleasure, the sense of hunger satisfied in the company of people close to us that keep a system like this going. Italians don't eat the way they do because it's healthy, but because it tastes good and because it tastes familiar. Health is a side benefit.

I didn't become so fascinated by the food culture of Rome because of its health benefits (there are many cultures that are even healthier). I was attracted to it because of the and the sociable aspects of the culture. While I was out smelling the fruit and admiring the vegetables, the fact that this food is linked to the health of the people who eat it never really entered my mind.

Our food culture is whatever, whenever. And the food is generally linked to our increased weight and lack of health. Like Michael Pollan has written, "What an extraordinary accomplishment for a civilization: to have developed the one diet that reliably makes its people sick!

One thing that I do here in maintenance, is continually work to keep my calories down.  It has become clear to me that a firmly entrenched Habit to eat only at specific scheduled times would be extremely helpful to me, and ... despite my current and ongoing....lack of success with this way of eating ..... I still work toward establishing such a Habit.