Time for a Reality Check

With regard to Dieting and Weight Issues, it is becoming clearly evident  that the members of the Medical Profession, including those who are part of the Scientific Community, are greatly in need of a REALITY CHECK.  A Reality Check is something which shows you that the real situation is different from what you believed or hoped.

What is considered as "conventional wisdom" is that :

Most people burn X number of calories, and if they reduce that X number by 500 calories per day, in one week they will lose one fat pound (3500 calories = 1 fat pound).

Therefore after doing this for 10 weeks, they will lose 10 pounds. Because they are now 10 pounds lighter, they will burn slightly less than the X number of calories their body needed before their weight-loss, and they can then easily eat that new X calorie number and maintain that weight loss.

Certainly, the REAL SITUATION Here is DIFFERENT from what the Medical Profession, the Scientific Community, and the General Public, BELIEVES or HOPES it to be.

DietHobby contains several articles about the dubious connection between being "Healthy" and being "Thin".  Also, some good points are made in the article below:

How Can You Say Weight Loss Doesn't Work?

By Ragen Chastain of danceswithfat

This is one of the most common questions that I get.  For people who've been steeped in diet culture - even if they've personally had the experiences of short term weight loss, long term weight regain, and yo yo dieting - have a hard time believe that successful long-term weight loss is something that almost never happens.

That's certainly how I felt when I first started to read through the research.  I had a really difficult time believing that the idea that I could, and should, become thin to be healthy, - which was promoted and sold to me more aggressively than any other concept or product in my life, - was not only not based on research, but actually directly contraindicated by it.

The issue here is two-fold.

First even if we believed that weight loss would improve health (though Mann and Tomiyama 2013 suggests that it doesn't), there isn't a single study in existence where more than a tiny fraction of people were able to achieve long term weight loss using any method.

Statistically the most common outcome of intentional weight loss attempts (whether they are "diets" or "lifestyle changes" or any thing else that is an attempt to manipulate body size through diet and/or exercise) is weight regain.

The truth is that the vast majority of people regain their weight, and the majority gain more than they lost (see Mann and Tomiyama 2007).  So even if we think that being fat is a problem, given the current research, recommending weight loss is the worst advice we can give.

Weight loss simply does not meet the ethical requirements of evidence based medicine, since we don't have any evidence that suggests that it will work for more than a tiny percentage of people; and we don't have any evidence that is able to link decreased weight to better health, controlling for behaviors. In fact when people decrease weight without changing behavior, (as in the case of liposuction for example) we don't see changes in health.

In fact, what we see over and over is that when people change their behavior, their health often improves, and often they lose weight short term. We then inexplicably credit the weight loss with the improved health, rather than crediting the behaviors.

When studies control for behavior, we find that people of different sizes with the same behaviors have the same health hazard ratios and risks of all cause mortality. (See Wei et al, Matheson et. al, and the Cooper Institute Longitudinal Studies to start.)

We have no evidence that supports a weight loss intervention either for change in body size or a change in health; but we have a great deal of evidence for increased health through behaviors, regardless of starting weight or weight change associated with the behaviors.

So, the ethics of evidence-based medicine require that we prescribe healthy behaviors to those interested in improving their health; or that if we give a weight loss intervention, we practice informed consent and let them know that almost everyone who attempts that intervention has the exact opposite of the intended result; and that we have no evidence that, even if the person is in the tiny minority who succeed, their health will be improved.

We should also be very clear that neither health nor healthy habits are an obligation - nobody owes anybody health or healthy habits by any definition.  Everyone gets to choose how they prioritize their health and what path they want to take to get there.  Also, regardless of habits, health is never guaranteed and never entirely within our control.  Finally health is not a barometer of worthiness, and our health isn't anybody else's business unless we make it their business.

People are allowed to disagree with this, but let's not pretend that disbelief, however indignant or authentic or well meaning, is the same thing as evidence-based conclusions.

The idea of weight loss creating health is what I call a Galileo Issue - it's widely believed, fervently supported, it's heresy to suggest that it's not true, and yet it is not supported by evidence. We have to start basing our interventions on evidence over "everyone knows" if we hope to actually give people accurate information.

For links to research studies cited, see the original article at danceswithfat. 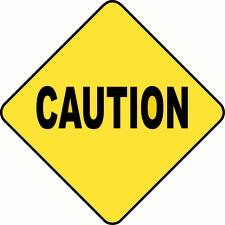 Now, . . . more about the body's X numbers that I mentioned above.

Various mathematical formulas exist which provide information on what the actual X number of calories (BMR or RMR) that any one person's body uses daily. The Harris-Benedict, and Mifflin, are the most commonly used.

The X numbers provided by these formulas are based on statistical AVERAGES.  An AVERAGE is a level that is typical of a group; a middle point between extremes.

There are many online calculators for BMR or RMR.  I've listed several here at DietHobby under RESOURCES, Links, Helpful Tools.

People who faithfully follow the above-stated process which I talked about at the beginning of this article, … but who do not achieve the "expected" weight-loss or maintenance-of-weight-loss results  … are judged to (1) be lying about their eating compliance, or (2) have the body of an "Outlier".

An OUTLIER is someone who stands apart from others of his or her group.

In Statistics, an Outlier is an observation that is distant from other observations. In most larger samplings of data, some data points will be further away from the sample mean (the average) than what is deemed reasonable.

How far away from the group must one be to be considered an Outlier? There is no rigid mathematical definition, and what constitutes an Outlier is ultimately a SUBJECTIVE exercise, a judgment call by the researcher.

A small number of Outliers is to be expected, and is not due to any unusual condition. However, sometimes, all Outlier data is totally excluded from the data that is used to determine the AVERAGE.

Outliers can arise due to errors made in the study, OR Outliers could be the result of a flaw in the assumed theory, calling for further investigation by the researchers.  Additionally, the presence some Outliers indicate that the causative mechanism for the data might be different at extreme ends.

I've learned that Medical Professionals tend to totally ignore the information that I try to provide about my personal weight-loss and maintenance experience, even though this involves 10 years of detailed records involving my daily food input data, and my daily scale weights.  They simply will not accept the low calorie number that I have to continually eat in order to maintain my weight-loss, and they find that my continual upward calorie creep upwards -- despite my low-calorie eating -- to be either unbelievable, or totally abnormal.

The standard response is that I am either untruthful or mistaken about my food intake.  If I am insistent about my accuracy, then I am told that I must be an "Outlier", that the way my body behaves is not normal.

I now suspect that the way my body behaves with food IS far more normal than experts have led me to believe. However, it IS true that my weight-loss and maintenance of weight-loss RESULTS are not "Typical", because I am one of that very tiny percentage who has lost an enormous amount of weight, and has now kept it off for more than 8 years.

It has taken me an enormous amount of vigilance and effort to achieve this. For more, see: Running DOWN the UP Escalator.