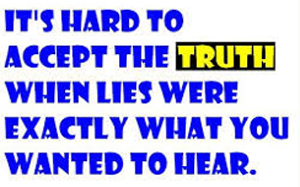 My observation is that the fat people who become "normal" size and maintain that size for more than just a few years, manage to do this through doing the hard work it takes to continually and consistently oppose the natural physiological desires of their "reduced obese" bodies.

Rather than allow their bodies to tell them how to eat, they use their minds to overrule those bodies and consciously choose to eat food containing far less calories than their individual body desires.  Forever … one-day-at-a-time.  It is possible, but it isn't easy.   See Running Down the Up Escalator.

First, let me clarify that my definition of a "fat" or "obese" or "reduced obese" person is not someone who merely hangs somewhere around their BMI Obesity border. Meeting that criteria requires a person to put in more than two or three years at a weight of … at least …. 20 to 50 pounds above their BMI Obesity border. To me, those who fail to meet that requirement are merely "overweight", a condition that is often temporary for them. Although many of these people term themselves as "fat" or previously obese, in general, they appear to have a very limited understanding of true obesity or the fat condition.

An overweight person tends to think that because they went on their first diet and easily lost and kept off 10 or 20 lbs, then an obese person, on their 50th diet can do the same thing for a longer time and lose and keep off 100+ lbs. This attitude is easily seen within the numerous online diet forums that are full of overweight or formerly overweight people who are eager to offer copious advice and personal judgments along these lines to people who are obese or reduced obese.

This unequal comparison … apples to oranges … often confuses people who are truly obese or "reduced" obese and frequently results in negative self-judgments which are just wrong.

This is a Judgment call that depends

We must each decide this for ourselves. Thus far, for me personally, the balance tilts toward accepting the physical pain to avoid the mental pain. However, my personal dieting history, including the past 8+ years of experiencing the difficulty of maintenance …. even though I've consistently continued my positive dieting behaviors …. have changed my perspectives on the feasibility of dieting and maintenance, especially for the "morbidly" obese.

Here's an excellent article by a healthy, "morbidly" obese person who discusses her own relationship with her physical body.

Me, My Body, and Relationship Counseling
by Ragen Chastain www. danceswithfat

My body and I used to have a seriously bad relationship, and looking back it’s not that surprising. I grew up the daughter of a Marine and a multi-sport athlete. If I fell and ran to my father, I could expect to hear “Are you hurt or are you injured?” Hurt meant that it was time to suck it up; injured meant you were going to the doctor. He, along with coaches and dance teachers told me to “walk it off”, “play through the pain” and that “pain is fear leaving the body.”

I was told over and over again that my body was just a limitation to be overcome through mental toughness  – blocking out or working through the pain. It didn’t come naturally at first – I seemed to have an innate sense that my body deserved better than that, but at some point I turned a corner and got really good at thinking of my body as something separate, and something to be ignored.

I worked through stress fractures, and an IT band so tight it felt like it was going to rip in half, pulled muscles, sprains, strains, jammed fingers, knee injuries and a host of other issues. I ignored my body when it asked for food and hydration, and I scoffed at it when it asked for rest.

I became a compulsive exerciser and I started to look down on my body even more. I refused to give it what it needed and pushed it beyond reasonable, and then unreasonable, limits.  When my body would finally bend or break under the strain, I treated it with utter contempt. I believed that my body was just a “meat sack,”  a collection of muscles and bones that were trying to limit what I could do. I believed that my mind had to be stronger than my body and I felt triumphant when I ignored my body’s signals and “pushed through.”

If I ever had an acquaintance who treated me the way that I treated my body for all those years, I would never speak to them again. In fact, I would never have let it go on that long. But through all of this my body stuck with me (even though I wasn’t giving it the food, hydration, or rest it needed), my body continued to support me. It never gave up on me. If my body could talk, all it would have said for years would have probably be something like “&$*#(*@ *$*&*#(*$  and for the love of pete can we please take a nap?!” but I wouldn’t have listened.

We live in a culture that preaches that our bodies are limitations. I still think of my body as something separate (and I know and honor those for whom that doesn’t work.)  But it’s different now -  I consider my body as a cherished friend.  Think of everything your body does for you without you even asking: breathing, blinking, heart beating… every cell in your body is getting blood right now and you’re not even thinking about it.

I don’t know about you, but there are days when I am too distracted to focus on a game of solitaire. I’m pretty sure that  if I was consciously in charge of breathing and blinking and heart beat I would have been dead in middle school when I got my first Walkman and regularly walked into stuff because I was so into the soundtrack of A Chorus Line.

I’m not saying that pushing your body is always wrong, you have to decide what works for you. I know I’ve danced through plenty of injuries. What I’m suggesting is that you consider treating your body like you would treat a friend.  I can’t even count the things that my best friend has done for me, even though he might rather have been doing something else (hello marathon!) because he’s my best friend and he loves me and I asked. It’s the same with my body.

I’m privileged to be temporarily able-bodied and I learned more about that when I had a neck injury last year and lost the use of my right arm for almost three months.  I learned that even if my body has limitations, that doesn’t make my body a limitation and that I worked best when it was me and my body against a problem, and not me against my body. I don’t know what is in the future for me and my body and like any relationship, my body and I have to keep up the communication and we have breakdowns, but we’ve come a long way since our days of giving each other the silent treatment, and I’m feel like our relationship is healthier than it’s ever been.

My online Scrapbook, which I call DietHobby, contains articles about the diet subjects on my mind, which are organized in its ARCHIVES to provide me with future reference. Recently I've been reading, and referring to, books and articles about Fat Acceptance. The article above is one of those which I find valuable enough to scrapbook here.