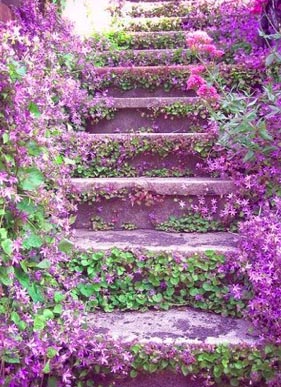 You’ve may have also heard that that ELMM = Eat Less Move More is a failed strategy for weight loss. The rationale is something like one, or more, of the following:

• The 3500 cal/pound fat figure is wrong because with deliberate overfeeding
or caloric restriction, people don't gain or lose exactly as this formula would predict.

• If you eat less your metabolism will just slow down to compensate.

• If you move more deliberately, aka exercise, you'll just move less later in the day
and/or be so hungry you'll compensate by eating more.

A study of body composition of small children as related to total body fat and physical activity level published in 2012 indicates that non-exercise activity thermogenesis is genetically hardwired. This means that naturally more active babies put on less body fat than the naturally less active ones because they naturally expend more energy.

There are many studies which show that there’s a wide variation between the resting energy expenditures of different individuals. A study of Thermogenesis after cold and overfeeding published in 2007 indicates that thermogenic responses are genetically hardwired.

Although it appears possible that both non-exercise exercise activity and thermogenesis is genetically hardwired, there are many gurus and diet book authors who say that eating this or that macronutrient, taking this or that supplement, exercising or not exercising this or that way, or adopting their particular food and/or exercise plan holds the magic answer.

Maybe I’m a pessimist, but I don’t believe there’s a whole lot that we can do about our genetic hardwiring. Personally I prefer to manage calories-out in a manner I know there is some control over, rather than chase after false promises of boosting metabolism through various other, largely untested/unsubstantiated, and often expensive, means.

I'm not aware of any clinical evidence that supports the notion
that a person can't lose weight eating less total calories of whatever.
*How* a person prefers to eat less is individual.
Different diets or food plans seem to really be merely variations of the same general theme. The amount an individual need to eat or the amount they need to exercise to accomplish weight-loss is different from person-to-person.

However, what’s true is that those calories numbers are often different for different people
…even for those people who have the same height, weight, age, and activity level.
The bodies of different Individuals are genetically different, and EVERYONE doesn’t have a body that uses the same exact amount of energy. Some types of food might provide different energy for different bodies. Some people have to take less calories in, because their body simply doesn’t use as many calories.

There are scientific studies that show people successfully losing weight simply by cutting portion sizes and making no other change. Again, someone might argue whether this is sustainable, but that argument could apply to any type of diet, way of eating, or lifestyle program, including one that changes macronutrient content.

It seems to me that Consistent Adherence to a Diet, or Way of Eating, is the most important predictor of success...not the macronutrient content. If changing macronutrient content helps a person to consistently adhere better to that diet or way of eating, then great. But if it doesn't, that person won't have any more success with it, than with any other approach.

Eat more of them.

Do only the amount of exercise necessary to keep your body functional for your normal activities.

Obese or overweight and want to weigh less?

Want a different body type so you will look like a slender, shapely magazine model?

Too bad. (Except maybe in some future life, if you believe in reincarnation.)