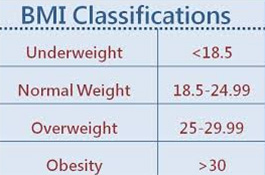 I've only paid attention to the BMI and its classifications during the past ten years or so ... after I began spending lots of time on the internet.

My BMI ignorance happened despite the fact that I've spent over 60 years of my life dieting, which has included - from the 1960's through the present date - reading hundreds and hundreds of diet books as soon as they were published.

I didn't need the BMI to tell me I was fat, because our culture gave me that information in thousands of other ways.

It was only when I had lost a great deal of weight, and was setting my ultimate weight "goal" that BMI Classifications got my attention.  I then learned that - for my BMI - a "normal" weight is between 95 and 127 pounds.

Since I spent the majority of my life - at a height of 5' 0" - around and above 200 pounds - with a high of 271 pounds,  for me to reach a weight of 129 was a fantastic success bordering on the incredible.  Therefore, I was not happy to learn that at this 129 number I was still considered  "overweight". ... and needed to lose more... and more... and that my goal should be to have a body with less and less substance.  In fact, I've sometimes thought that what our culture (including the medical profession) really wants in general, is for me to get small enough, and light enough, to disappear entirely.

I may write more about this at some future time, but for now, I'll share the following article: 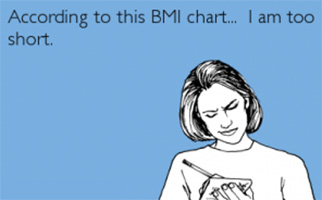 How BMI affects emotional eating
by Isabel Foxen Duke
of
How to Not Eat Cake
...really fast, standing up, when nobody's looking.

I recently made a passing comment to a colleague…something along the lines of “BMI is bullshit.”

In the slightly patronizing manner that only an older, male, health professional can assume, he said to me: “I would be careful to make blanket statements like that…you don’t know all of the different ways that BMI is used…”

I immediately re-analyzed my statement.

I thought about it deeply…

and my answer was a resounding YES, 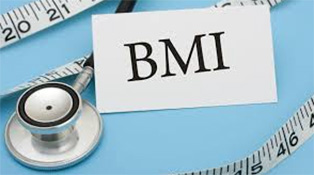 because BMI as a concept is founded upon the assumption that there exists a specific weight range that is healthful for everyone, and that all human bodies, are essentially, the same. It assumes that humans are no different than iPhone 6’s — that my body at 5’6 should look roughly the same as your body at 5’6 — and that our health can be effectively evaluated based on how we compare to the general population “average” rather than how we compare to our own natural, individual, setpoint weight. BMI as a concept FAILS, in all circumstances, by virtue of the fact that it denies the existence of body diversity, by definition.

(and I can think of much more effective ways to figure out if humans are starving to death, but that’s for another time).

You may be wondering, why am I bringing this up? How does this relate to your food/binge-eating/emotional-eating woes?

It relates a lot.

Because most women enter into the diet-binge cycle assuming there is a weight they should be, that is different than what they are, based on these population averages, rather than based on where their own, unique, individual bodies land naturally when they take care of themselves.

Every emotional / binge-eater / crazy-around-food person on the planet, got that way because they messed with their food in an attempt to manipulate their size through force and control.

To be clear, they did not get that way by trying to eat more vegetables for the sake of health,

they got that way by trying to literally fit into a physical mold predetermined for them by a society that thinks we should all look the same: thin. And thin within a relatively narrow band.

Until we as a society begin to embrace the fact that body diversity exists — that we are not iPhone 6’s all meant to look exactly the same — dysfunctional food behaviors, on the restrictive and rebellious sides, will continue to exist. Period.