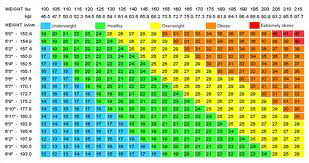 Yesterday I answered a question from a member of a forum that I frequent.  I'm doing that again today.

I found this an interesting question.  I thought about it; did some research; made some rough calculations; and came up with the following answer.

There are "official" stages of obesity, using the BMI.

Personally, I would include most of the Stage 2, severe obesity people into what I term the "seriously obese category", depending on the number of years they've spent above Stage 1.

About Percentages … roughly based on a 2010 survey of the US population,

73% of the US population is overweight or obese.

The Percentage breakdown for women over the age of 20 is:

The Percentage breakdown for Obese women over the age of 20 is:

However, note that these are the percentages of the overweight and the obese women within the general population.

When considering only the Diet Community population,

the Overweight and Obese breakdown is approximately 100% of the diet community population, rather than the 64% that is within the general population.

Of that 100%, there is no way to actually KNOW the breakdown between overweight and obese.. but common sense and my observational skills tell me that most women who join dieting communities are commonly near or above the obesity borderline, so the percentage of those obese dieters joining diet communities is higher than the 56%  which would be allotted through changing the 64% to a 100% breakdown.

Assigning percentages of those obese dieters to stages 1, 2, 3, and 4 would merely be further guesswork.  However, if we based percentages proportionally.. which, of course, would be inaccurate…. Approximately….

30% of these obese people would be stage 2 - severely obese

Dragging this out to absurdity…

the percentage of the dieting community which is obese .. rather than overweight.. could be at least  two-thirds (63%) or higher..more than one-half (52%) of that two-thirds would be severely or morbidly obese. ..meaning about 33% of 100% would fall into the category of severely obese or above.

The absurdly-inaccurate general calculations above support my own personal estimate which is that probably about one-third or higher of the diet community population consists of women who I would term as "seriously" obese.

Twenty-two years ago, my own highest BMI was 52.9 which placed me into the Stage 4 category - super obese.  However, my lifetime of continual dieting allowed me to spend the majority of my years between the ages 20 and 50 with a BMI from 35 to 39 -- within Stage 2, the severely obese range. It has only been within the past 9 years that I have been in the "normal" BMI range.