It is STILL a Diet 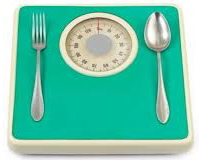 However, our present pop culture has basically changed the term "Diet", to primarily mean "a regimen of eating and drinking sparingly so as to reduce one's weight".

All research indicates that none of those "regimens" or methods are effective to reduce people from fat to a "normal" size long-term, except for a very tiny fraction of the fat population.

That information appears to have gotten around because just about everyone is trying to give their Diet - i.e. eating regimen, "way of eating", or "lifestyle", a different label… anything other than the word "Diet".

"Intuitive Eating" type "nondiets" have been doing this since they first introduced their concepts - "eat when hungry, stop when full".

Lean Cuisine now has ads that say "ditch the diet and go on a try it!" and then suggest that people eat their frozen meals to lose weight.

Special K now says to stop worrying about the number on a scale…but they still want people to buy their products in an attempt to lose weight… they just want this to be called "Size Sassy".

Weight Watchers now says they aren't a "Diet", they're a "lifestyle choice".
Yeah ... It's a lifestyle where you choose to be on a Diet.

The Bottom line is that all eating plans are diets, no matter what they are called. They can say it's "not a diet", it's a "lifestyle", a "way-of-eating", a "nondiet", "size sassy", but at the end of the day it's still the same Diet concepts that have been proven to fail the vast majority of people, and… in fact… have the exact opposite of the intended physical result on the majority of people who try it.

Call it what you will. My observation is that the fat people who become "normal" size and maintain that size for more than just a few years, manage to do this through doing the hard work it takes to continually and consistently oppose the natural physiological desires of their "reduced obese" bodies. Rather than allow their bodies to tell them how to eat, they use their minds to overrule those bodies and consciously choose to eat food containing far less calories than their individual body desires.

Forever … one-day-at-a-time.
It is possible, but it isn't easy.
See Running Down the Up Escalator.