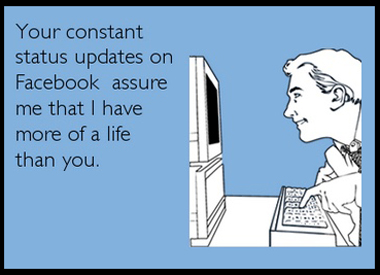 As part of maintaining a large Weight-loss for more than 11 years, here at DietHobby I sometimes share my personal weight and calorie numbers, along with Tactics that I’ve used to help me in Maintenance.


Treating Dieting as a Hobby (see: ABOUT ME) involves the ongoing task of finding or creating ways to keep myself interested in detailed issues involving Weight-Loss and Maintenance, as well as how MY own body responds to those various issues.

As part of my own Maintenance journey, I’ve experimented with many different diets, and as part of that process I’ve created various ways to track my progress.   When I first began experimenting with Alternate Day Fasting, back in 2006, I created a chart like the one on this page in order to better track how my daily weight reacted to UP days and DOWN days.  I liked this visualization and so I continued using this chart format after I completed my first ADF experiments. 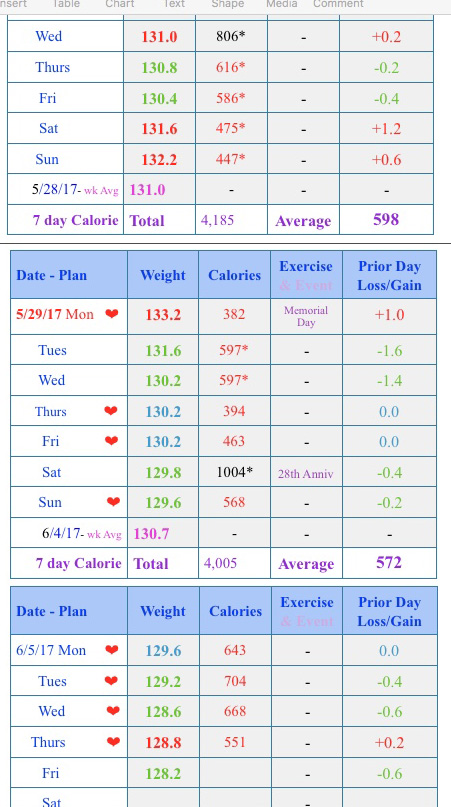 During that 16 days, my average calorie intake was 594 per day. 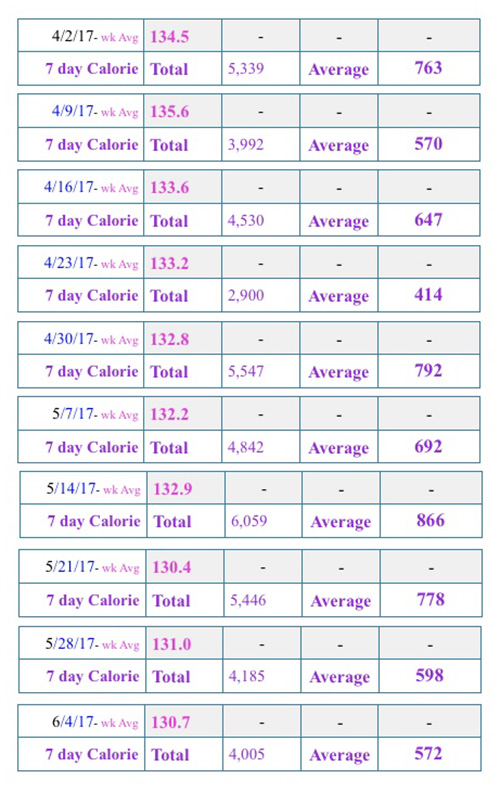 During that 10 week period, my average calorie intake was 669 per day.

So this shows that during the past 10 weeks I lost about  1/3 of 1 lb. per week while eating about 669 calories per day.

When others look at MY own personal numbers, it is important to remember that I am a small, inactive, "reduced obese" elderly woman.

It is not a one-size-fits-all-world so my experience may be vastly different from your own.

Even people who are the SAME size, age, and activity levels often have bodies with different metabolisms. Some bodies burn through their fuel like large luxury cars, and some bodies burn fuel like really efficient economy cars.  The Metabolic Process is an involuntary one, like breathing and temperature, and .... despite what many Diet Guru's, including medical doctors, say, ... an individual's voluntary behavior can do almost nothing to change their personal long-term Metabolic Rate.

To see previous detailed information, including more of my thoughts and comments, see my most recently posted charts in Status Update - February 2017, and the DietHobby section:  BLOG CATEGORIES, Status Updates which provides many posts about my personal progress, including detailed charts spanning my past 12+ dieting years.