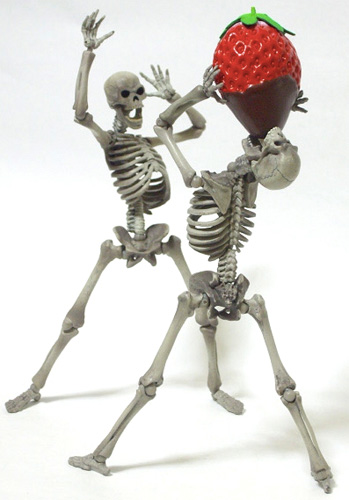 The idea that there are universally “good” foods and “bad” foods is an old one, ancient even. There are traces of it in Leviticus, though the way the concept was used then is perhaps different from how we use it now.

Given what we know about clinical nutrition, that sometimes a startling mix of foods can be used to help people in certain disease states — more ice cream and gravy for someone undergoing cancer treatment, less protein and fewer vegetables for someone with kidney disease — and since dividing your risk among a wide variety of different foods can help hedge your health bets, the idea that there are universally good or bad foods doesn’t hold up well under scrutiny.

I take it more as evidence of black-or-white thinking — a hallmark of diet culture — which is almost always false.

The words themselves, good and bad, imply a moral dynamic to food that I just don’t think belongs there. Sure, food can be literally bad if it’s spoiled or contaminated with botulism. But even if you eat this kind of bad food and get sick from it, we don’t generally assume that you now have become a bad and contaminated person.

We just think you’re sick, send soup, and wait for you to get better.

Getting food poisoning doesn’t stain your character or reputation, even if you are literally contaminated by a bacteria that a food has transmitted to you. There’s an implicit understanding that the body is self-cleansing and will get the pollution, the infection, out of its system over time. And though you might be averse to eating a food that made you sick in the future, due to stomach-churning associations, you probably won’t assume it is a universally bad food eaten only by bad people. 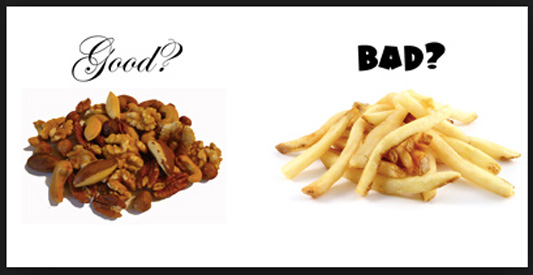 We do, however, make this assumption about moral contamination, that (morally) bad foods
(which are coincidentally usually high-calorie, presumably “fattening” foods) are eaten
by bad, gluttonous, ignorant, irresponsible, and usually low-class (and coincidentally fat) people.

And we try to avoid those foods, we claim, out of concern for our health.
But, in practice, it appears to be much more about avoiding that moral stain.

I’ve asked dozens of people this question, “Does believing in ‘bad food’ help you to eat better?” It’s an honest question. After looking at the ceiling for a second, then looking down and letting out a bitter little laugh, they always tell me no.

No, thinking of the foods they want to avoid as morally bad does not help them to eat a more nourishing diet in the long run. It doesn’t even help them to avoid those foods, most of the time. For a lot of us, it only succeeds in producing guilt for eating a perfectly human mix of foods.

If a belief in good foods and bad foods helped people, on balance, to eat better, I could grudgingly get behind the idea, though being a fat hedonist, I would always advocate for pleasure. But it fails even in its stated objective, to say nothing of the side-effects that come with it.

I do believe there are foods that are generally more nutritious than others (in certain ways, keeping in mind that macronutrients and the calories that represent them are still technically nutrients, after all), and which usually leave a person generally feeling better, and generally in better health, than others. But there’s also something to be said for eating and including foods that are designed primarily for pleasure, not for the cessation of physical hunger or the promotion of long-term health.

Learning to break down the categories of “good” food and “bad” food is a little tricky, but it can be done.

One of my favorite techniques for doing this, aside from giving yourself explicit permission and acknowledging that all food is food, is to do what I called “subversive food combining.” This means, simply, putting together foods that you would usually classify as good and bad, and that you would usually keep apart (that “healthy” meal of fish, rice, and vegetables you eat when you’re being “good,” vs. the pint of ice cream you eat when you’re being “bad”) by including them in the same meal, or even on the same plate.

Maybe I’m a jerk, but it gives me a cheap thrill. Some combinations I’ve tried:

Telling yourself that there are no good foods and bad foods is one thing. It is necessary, but not sufficient to produce an actual change in how you view food. Backing it up with action is crucial.

Try it. Break a few rules. Crush the false dichotomy.

So, if thinking of foods as either good or bad doesn’t actually help people to eat better, what does? In my experience, it’s eating observantly, but non-judgmentally, and taking note of your pleasure both during and after eating. Noticing how food both tastes during eating, and how it makes you feel, physically, after.

Over a series of hundreds of personal experiments, you can start to shape your eating in a way that makes the most sense to you, that leaves you both happy and feeling healthy, and that improves measurable indices of health, like cholesterol or blood sugar. But in order to conduct these experiments, .......

You have to give yourself permission to eat anything.

You have to acknowledge that food is neither universally good or bad, real or not-real, pure or polluted.

And you have to believe that it cannot, by association, make you good or bad either.