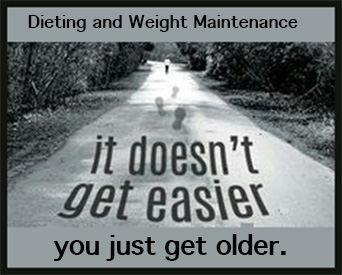 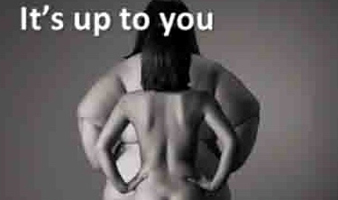 Sometimes I simply shake my head in wonder at the falsity of diet and fitness marketing.

This picture is a prime example of it.

First, it clearly indicates that body size and body appearance are totally under one’s own control.


“If you are a fat person
then all you have to do is
eat less, move more,
buy this,
do this and don’t do that
and YOU will get “healthy”
and look like THIS.”

Most women as large as the woman at the back of the picture would love to believe that these claims are true, and some seem determined to to live in Denial, even though many of them KNOW in their minds that those claims are Lies.

Note, that the desired body is a firm, young body. Next, a body that has been really fat is never going to have an appearance like the body of the woman at the front of the picture.

People also have different genetic body types that determine where fat deposits itself on their bodies. There’s no such thing as “spot reduction”, and we don't get to choose which fat goes and which fat stays.  The fact is that even after a successful large weight-loss there’s a lot of loose skin to deal with, and it is unlikely that any “reduced fat” person ... of any age ....will ever achieve that kind of voluptuous, tight-skinned body even with plastic surgery and 6 to 7 days a week of heavy-duty exercise.

Also, the statement isn’t based on ANY kind of evidence.  First the entire “lose weight to be healthy” idea is based upon an untested hypothesis.  So few people have achieved significant long term weight loss that there simply aren’t enough to commission a statistically significant study.

Those who put forth weight loss as a health intervention can’t produce a study where more than a tiny fraction of participants ever lost weight long-term, and even then, most of the few “successes” they point to, lost only a tiny amount of weight. Weight Watchers claims success even though their own study showed that WW participants who successfully lost weight maintained only about a 5 pound loss over the following 2 years.

People attempt to use Fat bodies as “evidence”.  Marketing, ...which includes the medical profession,...  tries to claim that our bodies are evidence of unhealthy behaviors, lack of willpower, lack of self-care and any other appearance-based stereotypes they enjoy believing and perpetuating  Then they claim that this evidence is compelling enough to make it okay to target fat people for shame, stigma, bullying and humiliation because it's “for our own good”. 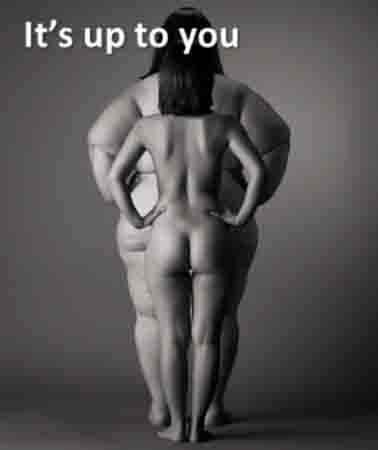 I found this recent article by a fitness guy interesting and am scrapbooking part of it here on DietHobby.

The Fitness-Industrial-Complex Is Deceiving You.
by Patrick Mustain, MPH, MA

Chances are, at some point in the last few days, you have been lied to about health. It’s a safe bet that some magazine or TV show has told you (yes, you!) that you can lose weight easily and quickly. This blatant lie is constantly being debunked by health and obesity experts, yet it persists, and people seem to continue to believe it.

More insidious, perhaps, is a not-so-obvious deception that permeates the language from the fitness industry--that dieting and exercise are things that you should be doing in the first place, and that failure to do either stems from a lack of personal responsibility, or some moral deficit.

Let’s put this notion to rest. Dieting and exercise are crazy. There is absolutely nothing wrong with people who fail to do either, and the sooner we can all acknowledge this, the happier and healthier we’ll all be.

For most of the history of life, the most important thing, for most people, was obtaining and conserving energy from food. Feeling guilty about eating food, and burning energy just for the sake of burning energy would have made no sense to our ancestors.

Of course, 10,000 years ago, we didn’t have cars, escalators, and office jobs. We didn’t drink refined sugar with every meal, we didn’t eat dessert every day, we didn’t shape our children’s food preferences with billions of dollars in marketing, and we didn’t have an industrialized food system dominated by hyper-palatable, energy-dense, nutritionally devoid, highly-processed products.

Clearly things are quite different now than they were 10,000 years ago, and in lots of good ways--we don’t have to chase down and kill our food. Thankfully, most of us will not be chased down and become meals ourselves. And we have plumbing. But, along with these advances, we’ve inherited a growing burden of obesity and chronic disease, soon to overtake tobacco as the leading cause of preventable death worldwide.

As obesity and its associated health problems have reached global pandemic levels, the fitness industry has flourished. According to franchisehelp.com, the number of fitness centers in the U.S. went from roughly 17,000 in 2000 to almost 30,000 by 2008, and this growth is showing no signs of slowing down. A cursory glance at fitness websites, reality shows, magazines, gym literature, et cetera will tell us that the fitness industry is here to save us from being fat.

“Obesity is the result of people responding normally
to the obesogenic environment they find themselves in.”

It is no surprise that we hear very little from the fitness industry about fostering an environment that prevents weight gain. Weight gain is the fitness industry’s bread and butter, so of course the focus is going to be on the quick fixes, the anecdotes about extreme weight loss “successes,” and the false sense of ease and speed—very little that actually has a meaningful impact on health.

All these things keep people striving for that unattainable goal, and coming back for that next issue of Shape, the next insanity workout, and the next belly-fat-busting miracle supplement. But the brilliant thing about all these products is that when they don’t work, it’s because you didn’t work hard enough to make them work. You failed at the diet. You didn’t exercise quite enough. 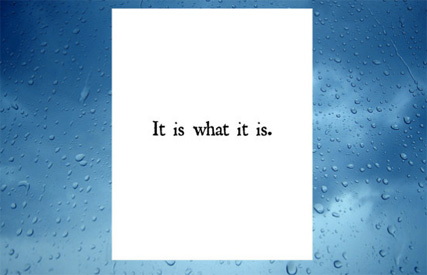 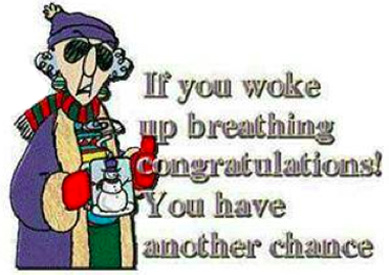 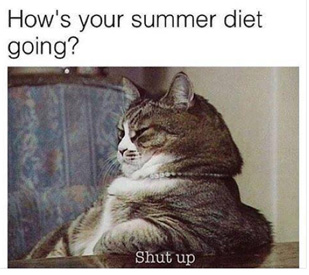