Is it the Diet, or the Person, Who Fails? 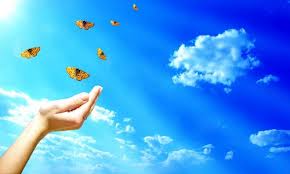 By now, anyone who spends any time with me here at DietHobby, probably knows a great deal about my personal dieting, weight-loss and maintenance history, and is familiar with my 8 year + ongoing struggle to maintain my body at a normal size after years of yo-yo 100+ lb losses and dealing with the issues of morbid obesity.

If not, you can see my recent STATUS UPDATE, which includes a couple of very relevant links.

My weight is now in the “normal” range, and it takes constant vigilance for me to keep it there. What most “average” people have difficulty grasping is that my struggle is not caused by trying to keep my weight “too low”. Ten years ago when I weighed in the 190s, I struggled to stay under 200 lbs. Twenty years ago, before my RNY gastric bypass at 271 lbs, my highest weight ever, I was engaged in an ongoing struggle to keep from gaining even more weight.

Despite all of my nutritional knowledge and dieting experience, I know without a doubt that the result of “listening to my body” and eating what my body tells me to eat will return me to my highest weight. There are many articles here in the DietHobby ARCHIVES that deal with the specifics of this issue in detail.

A great deal of current research has indicated that overweight or obese people aren’t necessarily less “healthy” than normal weight people. This has also been my own lifetime observation and I am in agreement with that line of thought.

So WHY, here in my late 60s, do I continue to engage in this struggle? Why not relax and just “eat healthy” and let my body get as fat as it wants to get? I’m in excellent health for my age, come from “healthy” genetic stock, and take no prescription drugs, great blood pressure, and no medical conditions, except for my tendency toward obesity.. Even though I’m in excellent health for my age, I’m elderly, so it is unlikely that I have more than 10 to 20 lifetime years left.

Recently I posted some videos of an ongoing BBC series called “The Men Who Made Us Thin”.

It reminded me of my personal history in the 1940s, 1950s, 1960s and forward, and I thought about the fact that almost all of the people who helped me create my personal anti-fat bias are now dead. Their opinions, which were once crucial to me, are now meaningless. All of my present family and friends love and accept me at any size, fat or thin.

I have no wish to share here all of the details of my innermost psyche about this issue, but I bring it up because as part of my Dieting Hobby, I’ve been watching quite a few people who are adopting the principles of “Health at Every Size”, and are working to Accept whatever size …. no matter how obese…. their body wishes them to be. I find them interesting and admirable.

Here at normal weight, I have no intention of adopting this philosophy for myself and allow my body to return to morbid obesity, but if I were still at my top weight I think I might consider it.

Previously I shared an article and dancing video of a woman embraces the concept: “It’s Not Really About the Fat – Health At Any Size”.  Here is another of her articles which is worth a great deal of consideration.

I got a question from a blog reader that I wanted to talk about:

I have a question! I have non-FA (fat acceptance) friends who think that most diets don’t work not because of metabolism or anything like that, but because the actual dieter is weak-willed. They think that people regain the weight plus some because they stop doing the diet or attending Weight Watchers or whatever it is they have chosen to do. In contrast, I think that even if one stays on the diet religiously, still metabolism will change and the weight will be regained in the majority of cases. What do you think?

This is basic math. Studies show that the vast majority of diets fail. Even Meme Roth says that the failure rate is around 95%. Somehow people still believe that it’s because 95% of people just aren’t doing it right.

In truth, there is a lot of research about the physiological changes the body goes through in response to weight loss for the specific goal of weight regain. An Australian research team studied people who had lost weight in an effort to understand some of these changes. A year after their initial weight loss:

• Ghrelin, nicknamed the “hunger hormone,” was about 20 percent higher

A year after losing weight these people’s bodies were still biologically different than they had been prior to the weight loss attempt, desperately working to regain the weight – and participants had already regained about 30% of the weight they had lost. One of the study’s authors characterized it as “A coordinated defense mechanism with multiple components all directed toward making us put on weight.”

What I want to point out is the fact that, regardless of why a treatment doesn’t work, if it fails 95% of the time then there is an problem with the treatment and an issue with meeting the criteria for evidence-based medicine, and that is the situation with dieting.

The thing that blew my mind when I realized it (thanks to the brilliant Deb Burgard) is that the entire basis of prescribing weight loss for greater health is built on a guess. There is not a single study that shows that people who lose weight have the same health outcomes as people who were never fat, or better outcomes than if they had just engaged in healthy habits and stayed fat. This whole thing is just a guess – so all the work and money going into figuring out how to make fat people thin so that we can be “healthier” may be a complete waste.
So it’s not just that it doesn’t appear that long-term weight loss is possible for most people – it’s also that, when it comes to health, weight loss may not even be a worthy goal.

What’s ridiculous to me is that it’s not being widely publicized that we have a mountain of evidence that shows that healthy habits are the best chance for healthy bodies of all sizes. Plenty of studies show that people who get 30 minutes of moderate movement 5 days a week get tremendous benefits without weight loss. Another study shows that people who get moderate physical activity, 5 servings of fruits and veggies, drink moderately and don’t smoke have the same health hazard ratios whether they are considered “Normal weight”, “Overweight” or “Obese”.

It’s important to note that our culture’s attachment to weight loss as the path to health is not based on evidence. It is at best an “everybody knows situation” akin to the time when everybody “knew” that the sun revolved around the Earth (which could be why those of us who are pointing out the evidence are getting told to sit down and shut up faster than they put Galileo under house arrest). At worst, our attachment to weight loss is a combination of profitability and pride. The diet industry doesn’t want to give up the 60 Billion a year it rakes in, doctors are enjoying lucrative weight loss practices, and others just don’t have the guts to admit that they’ve traveled so far down the wrong road and given so much bad advice to so many people.

So why do people who have all of this information keep trying to diet? I think it has a lot to do with the potential rewards and everyone’s belief that they can beat the odds. I was watching a documentary about the Green Beret selection process (I’m a documentary junkie). They know that 50% of people will fail but every man there is sure that he will beat the odds. At one point one of the guys is so out of it that they ask him “Do you know where you are” and his answer is, I swear to god, “hashbrowns”. But as they drive him away to see a medic he keeps yelling that he’s fine, he can do it. Golda Poretsky at Body Love Wellness wrote a great post about this phenomenon as it pertains to weight loss. I get e-mails all the time “I don’t agree with you because I’m losing weight right now and I’m just not going to gain it back.” To which I want to reply “hashbrowns.”

I think a lot of it has to do with the fact that weight loss almost always works short term, but almost always fails long term and the dieting industry has done a great job of taking credit for the first part of a biological reality and blaming dieters for the second part. I get so many e-mails from people who say “I believe in HAES, but I’m doing [insert diet here] and I’ve lost X pounds so it’s working!” There is so much societal reward when people are losing weight that you can get a huge rush and it’s easy to forget that there is a 95% chance that you will be back where you were or even heavier in 5 years.

Of course everyone is the boss of their underpants and I have no problem with people choosing dieting for themselves, but I do not feel comfortable being part of the rush of praise that people who lose weight receive that makes the near-inevitable weight regain that much more crushing so I choose my words very carefully, and I’m certainly not recommending that people do something that nobody can prove is possible for a reason that nobody can prove is valid.