Sometimes Hunger is a Lie 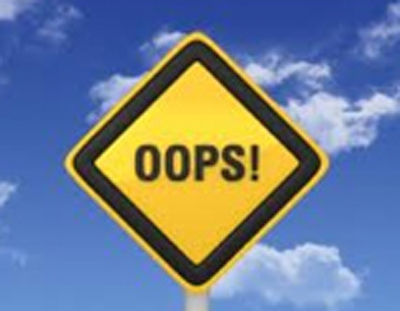 As much as we might like the idea of trusting  the Body to tell us when and how to eat, sometimes our Body’s Hunger is a Lie.

Here are a couple of articles about the Science of Willpower, which discuss some of the reasons why the Body’s wisdom can’t always be trusted.

The Ghrelin Gremlin
by Kelly McGonigal, Ph.D.
Published on June 22, 2010 in Psychology Today

One of the most popular ideas in weight loss right now is:

"trust your body's wisdom."
The body knows what it wants. The body never lies.
If you listen to signals like hunger and satiety, your body will never steer you wrong.

This is a lovely sentiment, and it's true that the body is a great source of wisdom.
Until it's not.

A new study presented at the annual meeting of the Endocrine Society shows how the brain can be tricked by the body into overeating and choosing fattening foods over healthier choices. [1]

The study set-up was simple enough: bring in hungry participants and ask them to choose between high-calorie, high-fat foods (e.g. pizza, cake, chocolate) and less fattening foods (e.g. salad, vegetables, and lean protein). Not surprisingly, hungry participants preferred the less healthy choices. Their bodies craved energy. The researchers then had participants makes similar choices, but 90 minutes after eating a meal. They weren't as hungry, and they made healthier choices. They "listened" to their bodies and choose a more appropriate snack, given their fullness.

But the researchers didn't stop there. They were interested in whether they could mimic the effects of fasting by manipulating participants' level of a hormone called "ghrelin." Ghrelin stimulates appetite and plays a big role in the body's signals of hunger and cravings. It is typically regulated by things like how recently you ate your last meal and blood sugar level, making it a good signal of the need to eat. But it can also be influenced by many other things, including stress and sleep. This means that as much as you'd like to trust the body, the signal of hunger can be a lie.

Back to the lab: On one visit, participants who had recently eaten a full meal were injected with ghrelin. And this time, the participants behaved as if they were starving. They found the higher-fat, higher-calorie foods more appealing and were more likely to choose them--even though the body was actually quite satiated.

This injection was just a quick-and-dirty stand in for all the things that can push ghrelin levels up in the real world. If you're sleep deprived, your body is pumping out more ghrelin to get you to eat. [2]

It's a poor substitute for sleep, but high-fat, high-sugar foods are a source of the energy you desperately need. The same is true for stress. And research shows that high-sugar foods  - especially drinks, including sodas - artificially boosts ghrelin levels. [3]

This is one likely reason that soda and fruit juice consumption are both associated with obesity. The drinks themselves may not be a diet-breaker, but if you sip them all day, your body starts to lie to you. When it doesn’t, you'll be hungrier and more attracted to less healthy foods.

The bottom line: listening to your body needs to be balanced with mindful self-control. Know that not every craving is a message of wisdom from your stomach. Sometimes it's just a trick.

It seems too clever, too diabolic to be true. A recent study shows that foods high in saturated fat -- ice cream, cheese, red meat -- cause your brain to secrete chemicals that tell the body to ignore biological signals of fullness (like leptin and insulin). The result: you don't "feel" full, and you keep eating. It's as if junk food had been shaped by the forces of evolution, learning to fool humans into ever-increasing consumption. And it explains why we seem to have an endless appetite for some foods, like pizza and a pint of Ben and Jerry's.

Even more mind-blowing: the effect lasts three days. So an indulgent meal can make you more likely to keep indulging, undermining any resolution to get back on track with healthier choices. This dirty trick is specific to saturated fats; foods low in saturated fats but high in healthier fats do not show the effect.

This study nicely highlights some of the most important influences on willpower. For example, we tend to think that our choices are independent, and that choosing to eat dessert or smoke a cigarette tonight has nothing to do with whether we indulge tomorrow. In fact, our behavior is far less variable than we think, and each choice (to resist or give in) strengthens the likelihood of choosing to do the same again. This study illuminates one biological mechanism that may contribute to this phenomenon, at least when it comes to diet.

Most people also have a hard time distinguishing between the promise of reward and actual satisfaction. As this study shows, many foods high in sugar or fats activate areas of the brain that promise satisfaction, but do not trigger the biological process of satiety. Other temptations -- from reality TV to most addictive drugs -- follow a similar pattern, increasing craving but not leading to lasting satisfaction. So we keep chasing the reward, ignoring the fact that in the long run, we aren't really satisfied and only want more.

However, awareness is a powerful antidote to all of these challenges. If you know that eating certain foods is going to fool your appetite, you can prepare yourself to make more conscious choices. If you start paying attention to the indulgences that are most satisfying, you can reward yourself with them. And if you know that your choices today are likely to influence your choices tomorrow, you will be less likely to tell yourself, "Today I indulge, tomorrow will be different."