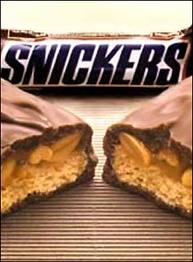 Review of the 5 Bite Diet

The thin, large-print, paperback book “Why Weight Around” (2007) by Alwin Lewis, M.D., encourages readers to follow the five-bite diet for weight-loss. This is a self-published book through Lulu "vanity" press and it retails for around $25.

Dr. Lewis assures the reader that after three days on this diet, that you will stop feeling hungry because your body will learn to feel full on this smaller amount of food. This is commonly known to be a valid statement, as hunger ordinarily leaves one’s body after approximately 3 days of starvation such as during a water fast.  He says the the body continually recycles amino acids so very little daily protein is actually necessary when on a weight-loss program.

The five-bite diet involves voluntarily eating the way people are forced to eat after a gastric bypass, in order to give a dieter the benefits of stomach stapling without the surgery. As with many diet plans, the principle of the five-bite diet is to exercise portion control in order to limit your calorie intake. The program allows you to choose to eat any food you want, which can help prevent the feelings of deprivation that often lead people to quit their diets. The five-bite diet is not designed to be a permanent plan. Once you've reached your weight goal, you're advised to resume your normal eating habits.

Dr. Lewis says the volume of 5 bites is about the same as a regular size Snickers candy bar, and recommends that people on the diet eat two Snickers bars a day in order to familiarize themselves with how much 5 bites is.

Dr. Lewis, …just like almost all diet book authors … claims to have successfully followed his diet himself, and at 6 ft tall, he says that he lost from his high of around 190 lbs down to 137 lbs. He recommends that, for good health and a more attractive appearance, everyone should achieve an 18.5 BMI, which is at the bottom border between underweight and normal weight.

Dr. Lewis practices Internal medicine in Burbank, California where he apparently treats obese, overweight, and normal weight patients who have a BMI above 18.5, by putting them on the 5 bite diet. His website, theslimmingstation.com offers an online membership, for $50 per year, but at times this membership fee is $50 per month. It also offers 3 months of weekly one-on-one telephone coaching with Dr. Lewis for a $2,000 fee.

As part of my dieting hobby, I have experimented with the 5 bite diet. Twenty years ago, after my own gastric bypass, I personally experienced what post-gastric-bypass surgery eating is like, and was interested in running a comparison between that experience and the 5 bite diet.

My experimentation with the 5 bite diet occurred while my weight was in the middle of the normal weight BMI range. I successfully completed two weeks of 5 bite diet, and left it in the third week. The first week my weight dropped 7 pounds. While continuing to successfully follow the 5 bite diet rules, during the second week on the 5 bite diet, my body re-gained 5 of those pounds. I left the diet during the my third week, and upon returning to my normal 1,000 calorie diet, the remaining 2 pounds immediately returned, giving me a zero net loss. During a three year period, I repeated this experiment on several occasions, and each time I received similar personal results.

The calories in two 2 oz Snickers candy bars is a total of about 550 calories.   Therefore successfully following the diet would cause weight loss for almost everyone, especially if that person is obese. Normally, I maintain my current weight on about a 1,000 calorie daily average. My personal results were due to my normal-weight as a short, inactive, reduced-obese female over 60 years of age, with a very low calorie burn, and probably... during the diet, my body's metabolism shifted downward to compensate for the very-low-calorie-intake.  if I had chosen to follow the 5 Bite diet for a longer period, over time, it might have caused a net fat-loss. However, the 5 Bite Diet hasn't provided enough appeal to me personally to motivate me to follow through with testing that hypothesis.

My first experiment with this diet was several years ago, and as a part of that process, I purchased a year’s online membership for $50, and for a time, actively posted on Dr. Lewis’ site. As part of that membership I participated in several of the weekly chat sessions with Dr. Lewis himself.   Dr. Lewis was very committed to the 5-bite diet and enthusiasttic. He appeared, however, to be rather insensitive, very egocentric, and sometimes quite rude. When people achieved only modest weight-loss results, he was prone to imply they were lying about their compliance. He ignored some very basic dieting realities, and while "coaching" members, he was prone to state his opinion as fact, and make grandiose claims which (similar to marketing puffery) were backed up by little or no verifiable evidence.

My above-stated opinion was formed due to what I witnessed during my online participation,  As one personal example: I took exception to Dr. Lewis' blanket statements about HOW FAST EVERYONE ALWAYS loses weight after a Gastric Bypass, and advised him that this was not my own experience nor the experiences of many other women that I have personally witnessed.

To explain my objection to his claims of fast weight-loss for EVERYONE, I told Dr. Lewis that after reviewing my own detailed  records (which I kept current during the first year after my own Gastric  Bypass), my personal weight loss during the first year after surgery ... while eating only about 500 calories per day ... averaged around 2 pounds per week... From 271 lbs down to a low of 159 (which for me was still "obese", because that number is 6 pounds above the bottom BMI border of my "Obese"  weight-range).  Providing him with this information and detailed records, did not cause any adjustment or alteration in his position, and in fact Dr. Lewis indicated to me that he believed that my statements were either inaccurate or less than truthful.

For those here who are interested, I'll add that following the 1st year after my Gastric Bypass, I had an almost immediate  regain into the mid 160s, as my ability to eat more calories increased. After about three years, while eating approximately an average of not more than 1,500 to 1,600 calories a day ... together with a great deal of active dieting to maintain my weight-loss,...  my weight crept back up into the 190s.

I believe that every diet works for someone. The 5-bite diet is an interesting concept, and I can see how it could be an effective weight-loss tactic for an obese person with an extremely busy schedule,

especially if that person has latent anorexic tendencies and lacks a genuine interest in food.  At this point, I am not totally opposed to the 5-Bite Diet. It has many things which appeal to me, and there may be a future time when I will choose to try it again.

Below are two videos about the 5 Bite Diet.

The FIRST video is an interesting and positive interview of Dr. Lewis.

The SECOND video is an rather amusing negative diet review.