Does Fasting Make You Fat? 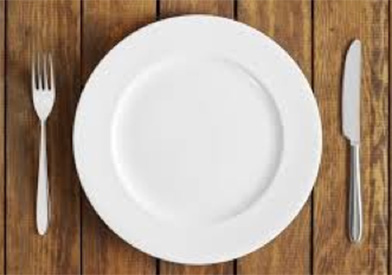 Does Fasting make you fat?
by Brad Pilon


If I remember correctly, the FTC views the use of animal research in supplement advertising to be one of the most heinous advertising infractions, right up there with Photoshopped before and after photos.

Because they believed that due to the lack of transferability of animal research to humans, doing so would be intentionally misleading the customer as to the potential benefits of said supplement.

Even the most ‘fly-by-night’ ethically-devoid supplement companies do not use animal trials in their marketing for this reason.

Keep this in mind when you see journalists and bloggers reporting on the latest mouse research, using it to create clickbait style articles about human diet, nutrition and weight loss.

Alright, now that I’ve said that, lets get to that article that appeared on Yahoo suggesting that skipping meals will actually make you fatter. 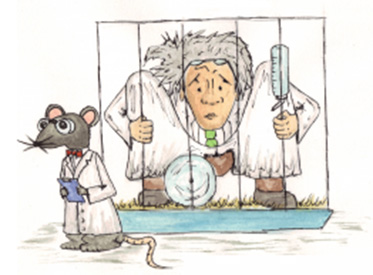 It was an animal study, using mice.

We know that mice are extremely sensitive to fluctuations in both body weight and meal patterns. They are very small animals, and without getting too technical I’ll just say it’s well known in the scientific community that many parts of metabolism scale with size.

For 5 days the mice in the diet group were given half the amount of food as the control mice, and all of the food was provided in one meal per day (that’s why it’s being referred to as a ‘fasting study’).

After 5 days of dieting the mice were allowed to gorge for 13 days, they were given an amount of food that was the same or more as the control mice, and were still only eating it all in one meal.

The control mice continue to grow normally, and their weight increased throughout the study, but the fasting diet-restricted mice lost almost 20% of their body weight in the first 5 days of the study. (This should be your first hint that mice are different than humans. If you and I eat 50% of our daily intake for 5 days we’re not going to lose 20% of our body weight – heck, we could do this for a month and we’re probably not losing 20% of our body weight.)

So end result? Mice who rapidly lost 20% of their body weight and then regained most of that weight by overeating ended up with larger fat cells then the control mice. I’m not sure why this is surprising.

They also had worse measurements of a bunch of health markers… again not surprising.

I’m not sure how much the eating cycle mattered here. Again, as I stated earlier, mice are really sensitive to eating patterns so it probably did play some sort of role, but rapid weight loss then overfeeding causing increased fat stores and messed up glucose control isn’t surprising.

What’s surprising is the reporting.

So what does this have to do with humans and Intermittent Fasting?

Simple. Fasting is popular, so it makes for great headline fodder.

We were baited in with the headline, then they attempted to blind us with the science.

Here’s the truth – There are lots of ways to lose excess body fat – Fasting is just one of dozens.

They all work, and some will obviously work better for you then others, based on your personal likes and dislikes and styles of eating.

The bottom line is please don’t worry about the mouse study, and feel free to voice your anger when people use mice to try and tell you how to eat.

Mice aren’t people, people aren’t mice. Yes, there is value in animal research and animal research can lead to proof of concept for human studies, but jumping right from animal trials to setting dietary recommendations for humans is reckless.

Brad Pilon is an expert on intermittent fasting as it relates to losing weight and gaining muscle. He's a bodybuilder, and the author of Eat Stop Eat.